To contact the leasing agent for this lease, you need to have one of our premium memberships.

Want to inspect this property?

You will need one of our premium memberships to get driving directions or permission to inspect this lease. Click here to choose a membership level that fits your needs.

Already have a premium membership with us? Login to access driving directions and permissions to inspect.

Want to lease this property?

Click Here to Place a Deposit on this Property! 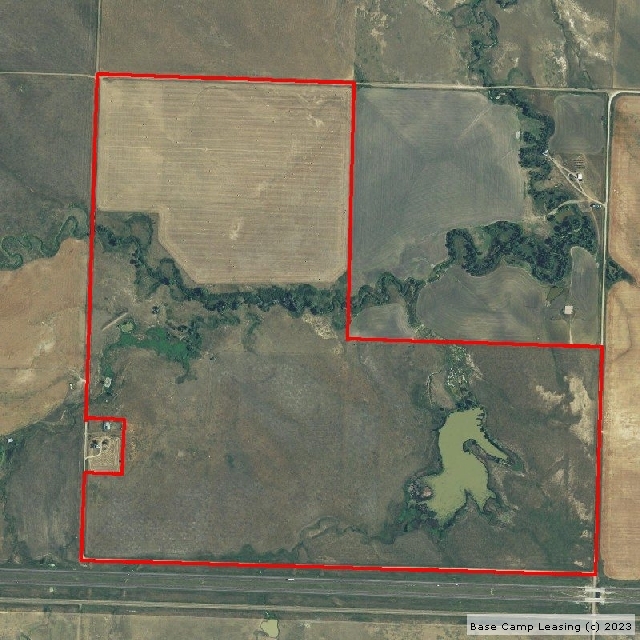 You are entering a deposit payment screen for Property #6493

PLEASE READ CAREFULLY: You will have 5 minutes to place your deposit. After that a 20 minute delay will be imposed before you can try to place a deposit on this hunting lease again.

Any navigation away from the deposit screen will result in a forfeit of your 5 minute window and the 20 minute delay will go into effect immediately.

You will be redirected to a secure payment screen.

This 436-acre lease has everything you could ask for in Western SD. A nice brushy creek bottom flows right through the middle of the lease. I was surprised at how much thick cover was on this creek bottom. There are plenty of good size trees for deer stands up and down the entire bottom. On the SE side of the property there is a large 20-acre live stock pond that never dries up, and is loaded with thick cover all around it. While viewing the property there were 500 Canada Geese keeping the ice open. On the west central side of this lease there is another livestock pond and lots of brush and cover. On the north end of the property there is a nice hay field. With row crops on both sides of this property there’s sure to be plenty of deer. This area is mostly whitetail. This lease would be awesome for Bow Hunting, Rifle hunting, or both.

This is part of a working cattle ranch and will have cattle on it part of the year. Landowner will always try to have the cattle off of the creek pasture before Rifle season. This property limited to a 2.5% annual price increase.

South Dakota hunting leases can offer some very diverse hunting opportunities. In the West you will find the beautiful Black Hills and vast rolling prairies choked with game rich river bottoms. To the east of the Missouri River there is fertile farmland dotted with hundreds of lakes and prairie potholes, along with several great drainages. The Missouri River splits the state in half from East to West and offers world-class walleye fishing along with many other species. On its banks there are countless cedar filled draws and breathtaking scenery.

Both whitetail and mule deer call South Dakota home. The mule deer are found mostly in the Central and Western part of the state while whitetails are found throughout the entire state in great numbers. Both nonresidents and residents are guaranteed an archery tag every year if they wish to apply. The archery tag is good for whitetail or mule deer and runs from late September through the end of January. There is a draw system in place for rifle deer tags.

There is also exceptional Pronghorn Antelope hunting in the Western half of South Dakota. There is a draw system in place for rifle antelope, but once again the archery tag is guaranteed but must be applied for.

The turkey hunting in South Dakota is almost unmatched. The turkey season usually runs from early April until late May and the archery tag is guaranteed but must be applied for. Again, there is a draw system in place for gun tags. Odds are you will be hunting beautiful white-fanned Merriam's turkeys in South Dakota.

South Dakota also has excellent waterfowl hunting and the best pheasant hunting in the country. According to South Dakota Game Fish and Parks, the last time hunters harvested less than 1 million roosters during a South Dakota season was in 1992 and that year the count was at about 970,000. The daily limit is three rooster pheasants. If you're looking for South Dakota hunting leases you came to the right spot!

Select a county on the map to view leases in that county.